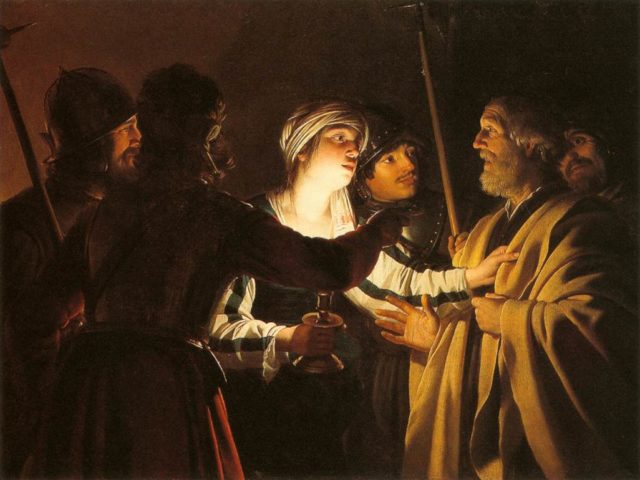 I heard the story about Peter’s denial of Jesus in worship yesterday morning. I don’t know why this was covered on the third Sunday in Lent, as this reading is part of the passion narrative usually featured on Good Friday. But the pastor believes that one of the things we should reflect on during Lent is, how have we shown-or failed to show-our commitment to serve Jesus Christ?

Once in, Peter tried to blend in with others hanging out in the courtyard, but he was questioned again. Finally, Peter was identified a third time, now by a relative of the man whose ear was cut off by Peter when Jesus was arrested.

So as we continue our Lenten journey, let us ask ourselves: how is your relationship with Jesus? Is it incidental? Is it central in your life? Is it important as long as you get benefit from it, but easily forgotten when the authorities put the heat on you? And how well do we relate with other disciples, including those we don’t yet know?

Tomorrow I leave for the World Council of Churches Conference on World Mission and Evangelism in Tanzania. As delegates, our first priority is to relate with others, and learn from their experiences. Our delegation leader mentioned that we should avoid hanging out with each other, or with other North Americans, but to make an effort to connect with members of the body of Christ who are not familiar to us.

Relating with others can have its challenges, just as Peter was challenged when his beloved teacher was arrested and treated like a criminal. As we open our hearts to others, it’s harder to turn away when they suffer pain or injustice-but we also experience so much more of God’s great kingdom. That’s the amazing thing about being claimed by Jesus-we get to see who else Jesus is claiming, and as we claim them ourselves as our sisters and brothers, we get a better understanding of God’s magnificent creativity.

I will be out for the next two weeks; though I may not be available by phone you can contact Twila, and she can either help you or find someone who can. I appreciate your prayers for all those who are traveling to Tanzania, and I give thanks to God for this wonderful opportunity. Just as I can bring with me knowledge of our little piece of God’s kingdom, may I bring back stories and lessons gained from these new relationships.

← When We Don't Agree Spiritual Gifts →