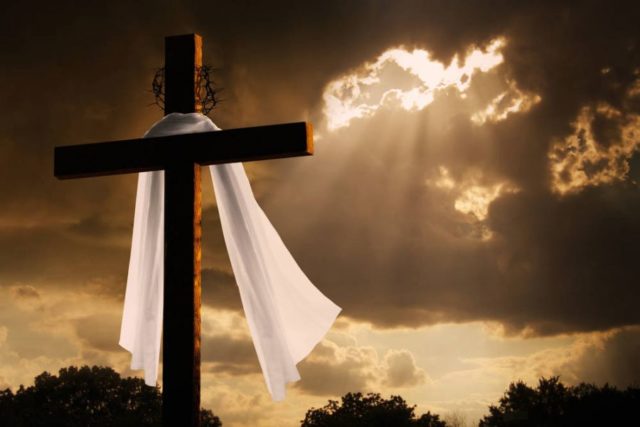 I pray that you had a promise-filling and inspiring Resurrection Day.

In fact, I had a full and meaningful Holy Week, and hope you did too. I witnessed churches trying new ways of experiencing Maundy Thursday and Good Friday. I went to a sunrise service on Easter morning, the first one I’ve attended since coming back to California 10 years ago (they don’t seem as popular as when I was growing up, or still practiced in Hawai`i). This sunrise service was given by Pasadena Presbyterian Church, as they are experimenting with new ways of being intercultural in worship and ministry. It was very encouraging to me, partly because it was the best representation of the full PPC community gathered in one place. I mentioned that to a couple of PPC folks, and they said yes, and they experienced that same fullness at their Maundy Thursday supper.

I also attended a very productive meeting with the Vision and Strategy Team, who looked back on our presbytery’s current mission statement to gain clarity in mission that I found excitingly helpful-I’m sure this will be discussed in the future. I also have had the opportunity to speak with churches who are seeking new pastors, and possible candidates for some of our churches. This weekend, I also prayed for a new pastorate with Rev. Yanchih “Yank” Lee, who started on Easter Sunday as co-pastor of Shepherd of the Valley.

Of course, we are reminded that beginnings often require something else to end, just as Jesus’ saving death had to happen on Good Friday in order for him to be resurrected on Easter. So I also pray for churches and pastors in our presbytery who are facing transitions. On March 31, Rev. Roger Shervington retired from Eagle Rock Presbyterian Church, and Rev. James Peng retired from Shepherd of the Valley. As Shepherd of the Valley continues to seek a co-pastor for their English worship service, Rev. Nancy Moore contemplates her eventual departure. And Rev. Thomas Chen fulfilled his temporary pastor contract with Grace Taiwanese in March, and chose to return to his home in Nevada. So we now have eight churches seeking pastoral leadership.

Through these transitions, I trust that the church leaders continue and even further the ministry of the church, empowered by the Holy Spirit, as Jesus predicted so long ago. Even in his resurrected state, Jesus was transformed, and warned Mary not to cling to him. He would not remain in that form for long, as God’s plan is not for the church to depend on any one human leader, but for all of us to serve together, gathered as Christ’s body in the world.

I witnessed this in my own life, as the ministry of the Presbytery did not miss a beat in my absence. I have always believed that the goal of pastoral leadership is to help strengthen the body of Christ, so the ministry continues strong after a leader leaves-and that pertains to executive presbyters as well as pastors. So for those who led in my absence, thank you.

As for me, I am back from Africa, though my sleep rhythms are still off, and I don’t have any coherent reflection on the trip, only snippets of thoughts and observations and learnings, such as:

A scholar stated that of the 25 million Christians in her home country of India, 70% are Dalit (untouchables). Though many converted to Christianity because they saw our faith as one of liberation that taught all people are created and loved by God, there are still vestiges of the caste system practiced within the church, which shows the ways we all struggle with external social pressure that threaten to distort our Christian values.

One Albanian Orthodox priest shared how they have faced resistance from Muslims. When building a church, the Muslims threw stones at them-which the Christians then used as part of their building material! A lovely rendering of 1 Peter 2:4-10.

Tanzania’s official national language is Swahili, but English is also predominant, and the World Council of Churches conducts virtually all their business in English. I looked at the 1,000 attendees from all over the world, and I would guess that at least 75% of them are not native English speakers. I realized that the prevalence of English made Tanzania feel less foreign to me than countries that are more similar to the US, but where English is not dominant. I became aware of the role language plays in identity and security, and while I was straining to stay alert in the conference (the sessions went from 8:30 in the morning to 9:00 at night), I could only imagine how tiring it would be if English was not my first language. I also reflected on how spoiled we English-speakers are at this moment in history, when English is the closest thing there is to a universal language, and how difficult it may be for our immigrant church members, who must adopt a foreign language and culture.

I did have a chance to go to Ngorongoro Crater on safari (yes, they really use that word). What an incredible experience! I have never before felt as I did there, like I had been transported to the Garden of Eden, where God’s order is lived out in peace.

Perhaps I will continue to “process” my experiences and learnings, and can speak of my own transformations in future columns.

In the meantime, God’s blessings be upon you this Eastertide. May the joy and power of Christ’s resurrection continue to encourage and embolden us as we proclaim in word and deed the saving grace of our Lord.

Peace and new life to you,