Two Churches and Their Road to Recovery 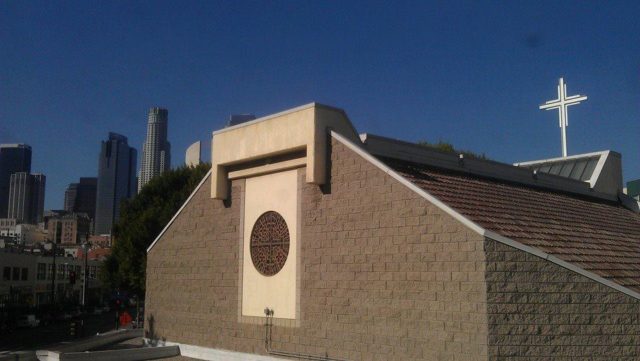 Those who try to make their life secure will lose it, but those who lose their life will keep it.

This last weekend I attended milestone events in the life of two different churches. On Saturday, Union Church of Los Angeles celebrated their 100th Anniversary with a luncheon for 200 people. And on Sunday, a church I have befriended, Altadena Community Church, held a service of confirmation for a child of the church whose spirit offers more joy and energy in the worship service than her Down’s Syndrome allows her to offer through words.

When I was growing up, my uncle Don Toriumi was pastor of Pasadena Union Church (now First Presbyterian Church of Altadena). His brother Howard was pastor of what our family called LA Union. So I have always considered the churches to be sister churches. When I was Stated Clerk/Associate General Presbyter for Presbytery of the Pacific, I worked with LA Union, serving as Moderator of Session and working with them during a pivotal time in their ministry, as they called new English-speaking and Japanese-speaking pastors and incorporated “the Bridge” ministry into Union Church.

The Bridge is a new-generation urban ministry that was started by Bel Air Presbyterian Church, upon the invitation of Rev. Mas Hibino, who was Union’s interim pastor for several years.

The Bridge brings together young urban professionals of all races, wealthy Bel Air friends, Skid Row residents, Japanese-American Union members of all ages, and others (on Saturday I met a retired Chinese-South African couple who live in Anaheim who come to the Bridge). The diversity of the luncheon attendees reflected the impact of Union’s new openness, which is a striking contrast from Union’s earlier focus on Japanese-only ministry.

This change has not been easy, even though it probably saved the church from dissolution. When Mas reached out to Bel Air, the average age of the membership was in the 70s, and the number of members dwindled. There was tension between the Japanese-speaking and English-speaking language ministries. And the strong leadership of the church in the Little Tokyo community (Toriumi Plaza is a new open space, named in honor of their pastor) was almost gone.

The Bridge is now the largest of the three worship services, and the only one with children. As Union Church enters their second century of ministry, there is a vibrancy to their outlook, while they continue to deal with resistance from a few who thought they could control who comes into the church.

On Sunday morning I went to Altadena Community, a small church of about 70 members. As it turned out, there were three special events at the church that day-the confirmation of Eden, Boy Scouts Sunday which allowed about 30 young men see a church celebrate the life of this young person with severe disabilities, and a church member gave his faith story during adult education. The man who shared his faith story spoke of his battle with alcoholism, occasional homelessness, divorce, and the many ways the members of this church loved him through it all, including giving him a place to stay. I only knew this man to be a very friendly person who manages the sound board during worship and is always ready to help out at multiple events, so it was a surprise and an inspiration to hear the ways this church truly saved his life. Over the course of the day my heart was full as this little church revealed a glimpse of God’s kingdom, where grace extends to all, people of all ages, races, and persuasions are loved, and faith is put into very direct action. 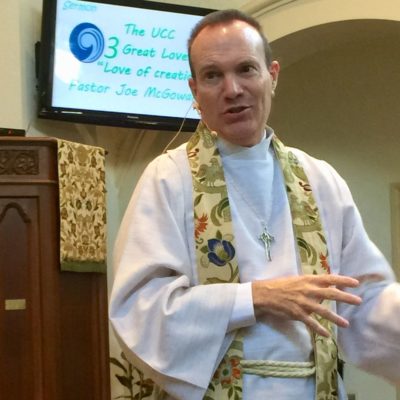 As I prayed my thanks for the vibrancy and faithfulness displayed by these two churches, it occurred to me that in recent years, both churches seriously wondered whether they would survive. Both churches saw their long-time leadership group dwindle, either by age or with members moving out of the area, and there were no similar new leaders stepping forward to take their place. Even if new, younger members moved into leadership, they didn’t seem to last long, due to career/life volatility or stumbles over entrenched road blocks in the church’s ministry.

Perhaps they had to reach that point, when their very survival was at risk, before the churches opened up to God’s unpredictable will. Our churches, like our selves, like the PC(USA) as a denomination, have to be willing to let go of our own sense of control over our life in order for us to allow God to work in and through us. As Jesus was quoted multiple times in all four gospels, “Those who try to make their life secure will lose it, but those who lose their life will keep it.”

Our PC(USA) Book of Order now begins with the Foundations of Presbyterian Polity, which has become the favorite section for many of us, because it makes more clear the basic ideals that guide our governance-ideals so deeply held that in the past we failed to articulate them to those new to the Presbyterian church. One of the statements in this section is relatively new, but is quoted often by national church leaders:

The Church is to be a community of faith, entrusting itself to God alone, even at the risk of losing its life. (F-1.0301)

Truly, in order for our churches to thrive in the future, we have to be willing to lose our life for the sake of the gospel, in sure trust that our real life is in the eternal love of our Lord. May we all be a glimpse into God’s kingdom, in our love, in our welcome, in our grace, in our generous spirit, in our willingness to risk our all for Christ’s ministry. And may we feel the smile of God upon us as we do.

← In Praise of ACs Entering Lent →