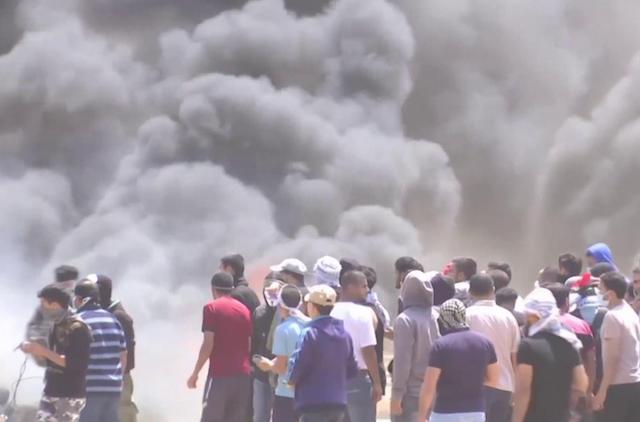 Some of you may know that I argued long and hard with God before becoming ordained.

Among the countless (and I mean countless) reasons I should not be a pastor was my intense stage fright. Even during seminary, my voice would shake if the Scripture passage I was to read was long, and every time I gave a practice sermon in preaching class, the first comment from the professor was a very concerned “Wendy, are you feeling all right?”

I figured I would not be ordained because in order to be ordained, you have to preach at least one time, and that was one too many. I imagined beginning my first sermon with the Jerry Seinfeld joke that when polled, the fear expressed by most Americans was that of speaking in public, even ahead of the fear of dying. So, Seinfeld reasoned, at any given funeral, more people feared giving the eulogy than lying in the casket. In my one and only sermon, I would tell the joke (which would bomb, of course), give a stultifyingly dry sermon, and walk out of the pulpit saying to God, “See?! I told you I couldn’t do it!”

Well, my first sermon was a miracle of the community of faith surrounding me with love, which is how I ended up where I am now-no great preacher by any length, but still trying. However, it was my SECOND sermon when I had the nightmare preaching experience I thought would kill off my ministry career. I was asked to fill the pulpit for a friend of mine who was serving a Japanese-American church in the Bay Area, a church whose stubbornness caused their large young adult group to break away and start their own fellowship; a church whose insistence on focusing exclusively on Japanese people severely limited their future ministry. My friend and I thought that I could say a prophetic word to these stiff-necked people because as a guest preacher, I could get away with it.

I focused on Acts 1:8, the very last words of Jesus upon his ascension and just before the day of Pentecost (which we will be celebrating this Sunday-I hope with the Pentecost Offering). My main point was that Jesus didn’t just say “you will be my witnesses to the ends of the earth” but that he first directed them to witness on his behalf in Jerusalem, Judea and Samaria. I especially focused on Samaria, who I consider to be estranged cousins of the Jews of Judea, children of the Northern Kingdom of Israel who were subjugated by the Assyrians and then rejected by the Judeans as traitors and half-breeds. History shows us how invaders will use rape as a form of violence that changes the ethnic legacy of a conquered region, and this is how I think of the hybrid nature of Samaria. Unfortunately, as I interpret the legend of La Malinche in Mexico, the conquered are sometimes demonized as enemy sympathizers.

In his final words, I suggested that Jesus is telling his followers to first reconcile with estranged neighbors before going out to the rest of the world. By reconciling with those closest to us, we can be effective witnesses to the reconciling love of Jesus Christ.

This thought comes to me on the day that the United States government opened its embassy in Jerusalem. As I write this column on Monday morning, 52 people have reportedly died in protests of this embassy move. Mainline Christian churches, including the Presbyterian Church (USA), have denounced this move as being premature, since it was understood that the resolution of Jerusalem would occur as part of the shalom, or fulfillment, of peace talks among the Jews, Muslims, and Christians who all see Jerusalem as a holy city.

When President Trump announced his decision to move the embassy to Jerusalem in December 2017, leaders of the Orthodox, Coptic, Episcopal, Lutheran and other churches in Jerusalem sent an open letter, saying:

Our land is called to be a land of peace. Jerusalem, the city of God, is a city of peace for us and for the world. Unfortunately, though, our holy land with Jerusalem the Holy City, is today a land of conflict.

Those who love Jerusalem have every will to work and make it a land and a city of peace, life and dignity for all its inhabitants. The prayers of all believers in it-the three religions and two peoples who belong to this city-rise to God and ask for peace. . . . We are certain that [the embassy move] will yield increased hatred, conflict, violence and suffering in Jerusalem and the Holy Land. . . . As the Christian leaders of Jerusalem, we invite you to walk with us in hope as we build a just, inclusive peace for all the people of this unique and Holy City.

I have often believed that Jerusalem is the nexus of God’s peace for the world. If the children of Abraham cannot learn to live together in peace, what kind of witness do we have for the rest of the world of the reconciling power of our love for our Lord?

While I am gravely concerned for our nation’s role in disrupting the cause of peace, I always take comfort in the many times I have been wrong when discounting the power of God to overcome our shortcomings. Take a little thing like my fear of public speaking, to the utter miracle of our Presbyterian Mission Agency finding a new Executive Director in the Rev. Dr. Diane Givens Moffett in the midst of turmoil and distrust in the church-God can certainly do what we cannot do for ourselves. So I always pray that God’s will is much larger and more righteous than my fears.

So I close with Paul’s letter to the Philippians, a letter written from prison, when all might seem lost:

Rejoice in the Lord always; again I will say, Rejoice. Let your gentleness be known to everyone. The Lord is near. Do not worry about anything, but in everything by prayer and supplication with thanksgiving let your requests be made known to God. And the peace of God, which surpasses all understanding, will guard your hearts and your minds in Christ Jesus. (4:4-7)

Praying for peace on this Pentecost, for all nations, Wendy

← Reflecting on Our Mission's Relevance The Language of Service →