Kindom Building for the 21st Century 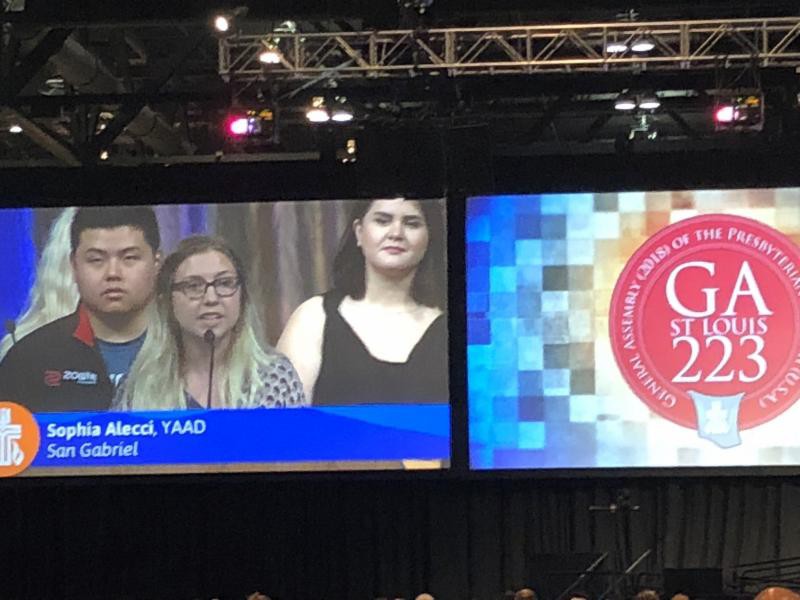 This scripture verse was the guiding scripture for the 223rd General Assembly in St. Louis, which concluded this last Saturday. It’s hard to describe the experience of this past week.

But strive first for the kingdom of God and His righteousness. – Matthew 6:33

It is remarkable how fast the tone and decisions of the Assembly have changed in the past few years. This Assembly seemed unlike any other before; even Stated Clerk J. Herbert Nelson I remarked that “even if I’m a one-term Stated Clerk, we’re going to try something different.”

If I had to pick my Top 5 takeaways from this General Assembly, they would be:

We can be proud of San Gabriel’s many contributions in this General Assembly, including Tom Taylor, who  was unanimously affirmed  for another term as President of the Presbyterian Foundation; Bong Bringas and my participation in the search committee for Diane Givens Moffett; Commissioner Bear Ride’s leadership as vice moderator of the committee on Mid-Councils; and Young Adult Advisory Delegate Sophia Alecci’s leadership on the YAAD Council, and as an eloquent and thoughtful speaker on the floor of the Assembly. Sophia spoke three times, and each time she made a discernable impact on the decisions made. 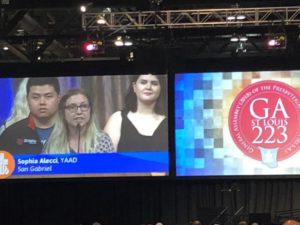 One Teaching Elder Commissioner revised his point because “My comment was what the YAAD (Sophia) just said.”

Sophia Alecci and the YAAD Council presented gifts to the GA Co-Moderators. The YAADs raised $1,600 which was split to $533 each to PDA for Cindy Kohlmann, who has advocated for refugees and for her Boston churches in the 20-foot snow storm in 2015; to Puerto Rico relief for Vilmarie Cintrón-Olivieri, a Puerto Rican native; and for use by the Stated Clerk. Following the lead of the YAADs, a freewill offering was taken as participants left the closing worship.

Ruling Elder Commissioner Deborah Owens was an astute participant in her committee on Peacemaking, Immigration and International Issues. And the overture which San Gabriel concurred with-On Responding to the Current Syrian Crisis-was passed unanimously by the Middle East committee and approved by consent agenda. This reflected another historic change in the GA, as the Middle East was NOT a hot-button issue for once; the Stated Clerk noted that this was the first time that all Middle East concerns were decided on by the full Assembly in 34 minutes.

This General Assembly seemed a defining  moment for the  PC(USA). With such bold actions, I pray that God will continue to guide and provide as the Church seeks to be obedient to actions that are bigger than we are. And as we continue to seek to be a more inclusive church, may we take time to listen to the voices of all our members, and members to be.