I Can Do All Things 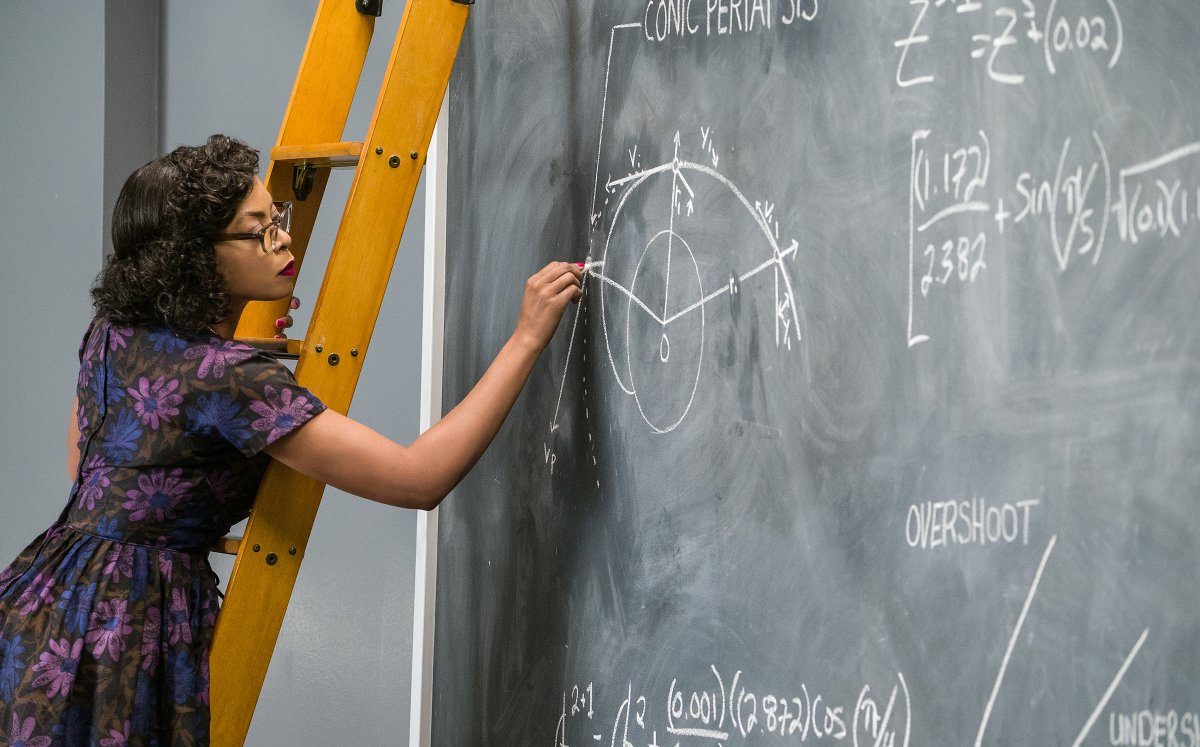 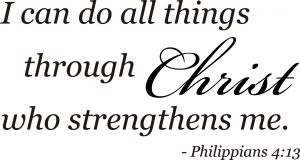 When I read the Bible, I often consider it to be the story of God’s relationship with God’s people, and I consider these people to be our ancestors in faith. Likewise, there are countless individuals whose lives reflect and inform our identity as Presbyterians. Who do you remember as ancestors in the Presbyterian family tree? 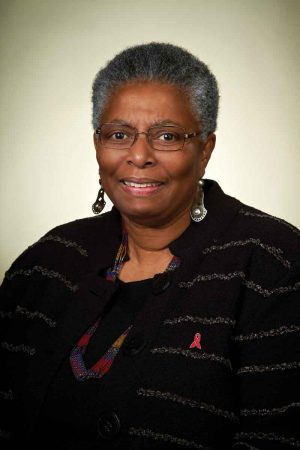 First African-American Woman
My personal favorite was sitting with Rev. Dr. Katie Cannon, the first African-American woman ordained as a Teaching Elder in the PC(USA). She is a formidable scholar and teacher, with a great wit. I laughed as she reminisced her critique of the Euro-centric doctoral requirements of her Ph.D. program at Union Theological Seminary in New York, asking “Why do I need to learn German in order to write about poor Black women in the South?” She also told uproarious stories of the Cannon family as they entered the life of the rich and famous when her nephew Nick Cannon married singer Mariah Carey.

Last week I traveled to Fort Worth, Texas, for the organizing meeting of the search committee for the new Executive Director of the Presbyterian Mission Agency. San Gabriel Presbytery has two close connections to this important position-the current interim Executive Director, Ruling Elder Tony de la Rosa, grew up at Calvary Presbyterian in South Pasadena, and two of the seven members of the search committee are from our presbytery (Bong Bringas and myself).

On the flight home, I got to watch the film “Hidden Figures”-which I wholeheartedly recommend, by the way. I was delighted to see multiple scenes reflecting the faith of the main character, Katherine Johnson, and the connection between Ms. Johnson and then astronaut John Glenn, because I knew them both to be devoted ruling elders of the PC(USA).

Awarded the Presidential Medal of Freedom
You may remember that Katherine Johnson was honored at the Academy Awards this year, and she received the Presidential Medal of Freedom in 2015, at the age of 97. But we Presby’s know that for over 50 years, she has been a member of Carver Memorial Presbyterian Church in Newport News, Virginia, where she has served as choir member, Ruling Elder, and Finance Chair. In 1975 she was a Ruling Elder Commissioner of the 187th General Assembly, where she led as chair of the Finance Committee. I can only imagine the consideration of Elder Johnson, one of the most prodigious mathematicians in US history, as Finance Chair! 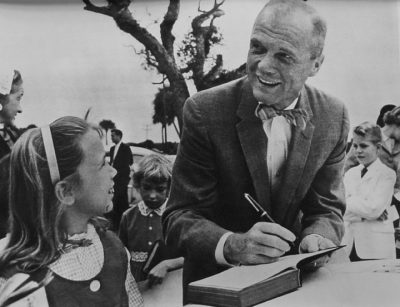 John Glenn signs his autograph for a young girl outside the Riverside Presbyterian Church in Cocoa Beach, Florida, January 1962

Sen. John Glenn grew up in Westminster Presbyterian Church in New Concord, Ohio, where his mother was the first female Ruling Elder ordained in the congregation, and his father was also a Ruling Elder. After his historic career as an astronaut, Glenn became a U.S. Senator for the state of Ohio, serving from 1974 until 1999. During his time in Washington D.C., he attended National Presbyterian Church, where he served on the Session.

Our Chief Storyteller
Consider the Presbyterian family members you know. Many are nowhere near as heroic as these elders, and some have quite a complicated image in our minds. Marj Carpenter led the Presbyterian News Service for many years, and became the Moderator of the 207th General Assembly in 1995. She fully enjoyed her role as chief storyteller for the denomination. She recalled once speaking at a church, where she recounted how Presbyterians walked in solidarity with native Americans as they were forcibly relocated on the “Trail of Tears.” After worship she was confronted by a family who were descendants of George Custer, whose very mixed relationship with and against native Americans ended in his defeat at Little Bighorn. Elder Carpenter worried that they may have been offended when the family mentioned that Gen. Custer was an elder in his Presbyterian church. Then they told a wry story that reflected our Presbyterian fear of change, saying that Gen. Custer was on Session when he left for Little Bighorn. “He said, ‘Don’t do anything until I come back-and we haven’t.” 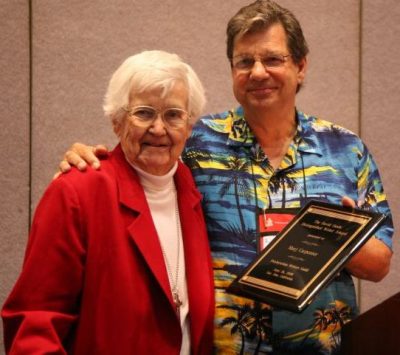 We could spend countless hours discussing many noted Presbyterians, and how or if their Presbyterian faith impacted their historic achievements. Currently we confess to the white privilege of this denomination, and we are aware of the relative wealth of Presbyterians (we and Episcopalians alternate as Christians with the highest per capita incomes). But we also can point to the dedication to serve God and serve others in the world, and we continue to believe in the power of education to lift people from all circumstances. It is not coincidence that Dr. Cannon was empowered through her historically Black Presbyterian college and seminary before going to Union for doctoral work, and I first heard of Sen. Glenn’s faith on a visit to his alma mater, Presbyterian Muskingum College in Ohio.

Let us give thanks to the many people of God, Presbyterian and otherwise, who have helped us to know and follow Jesus, love and trust in God our Creator, and be bonded across time and space with this cloud of witnesses through the power of the Holy Spirit. And let us humbly acknowledge the gifts we receive as members of the Presbyterian family.

Giving thanks for the ways you are today’s witnesses to Jesus Christ,

A Part of Creation →