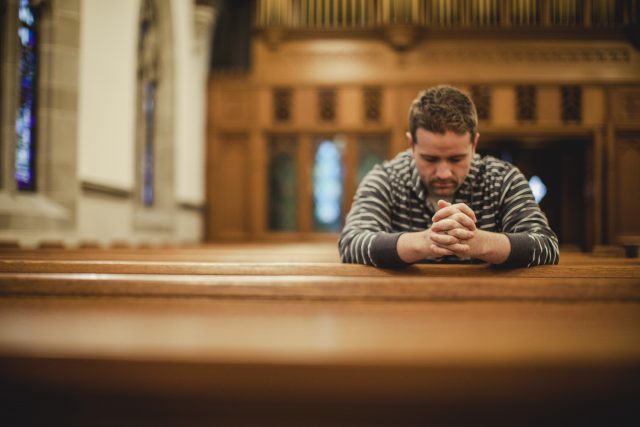 Yes, I’m back, after taking some time off and helping to lead a seminar in Florida.  No need to go into detail on the last few weeks, but I enjoyed a little travel, some concerts, better sleep, too much food, and a wonderful conference with immigrant clergywomen from all around the PC(USA).  Speaking of concerts, there’s a concert coming up at 7:30 p.m. this Saturday, August 19, at Disney Concert Hall in Los Angeles.  The Elite Chorus, a Taiwanese choir whose conductor Cliff Yang and some members come from Shepherd of the Valley church, sings with the LAKMA (Los Angeles Korean Music Association) orchestra in a concert dedicated to “Harmony & Friendship.”  Call the ticket office at (323) 850-2000.

In the meantime, the life of the Presbytery continues.  The Presbytery installed Walter Contreras as Spanish-language pastor for Pasadena Presbyterian Church, and John Moon as pastor for Korean Good Shepherd.  The service at Korean Good Shepherd marked a major milestone, as the AC will likely recommend being disbanded at our September 16 Presbytery meeting, after countless hours given by 16 AC members over the years.  Back at the Presbytery Center in Temple City, more improvements are being made-and Puente de Esperanza is making great new improvements at their new campus as well.  The Irwindale church property is set to transfer to the Coptic Orthodox church tomorrow, and we helped the church worshiping in Irwindale to move to our Azusa church.  I am happy with the Irwindale sale, not only because we can use the cash flow, but I actually think this will be a blessing for this historic building.  The Orthodox church tradition is much more intentional about caring for and making beautiful their sacred space, so I fully expect that the building will be well cared for, even as we appreciate the improvements that Mideast Evangelical Church put into the building while under their care.

But I feel I must acknowledge the two major crises in our world, in the war of words with North Korea, and the violence that erupted at Charlottesville, Virginia.

One of the advantages of having a diverse community is being able to hear from people with different perspectives.  I have asked a couple of Korean leaders how they see the situation with North Korea.  I’ve noticed that even as our media reports have reached a fever pitch of panic, life seems to continue as usual in South Korea.  I have been told that they know well Kim Jong Un’s rhetoric, so they are used to his “flamboyant language” not leading to action.  While we characterize Kim as maniacal, the evidence over the years is that the North Korean government’s actions are calculated and will not lead to a war that they cannot win.  Let us pray that even with new threatening rhetoric coming from the US, cooler heads will prevail on all sides.

Closer to home, this last weekend we witnessed an effort to gather all white supremacist, neo-Nazi, white nationalist groups in Charlottesville, Virginia, resulting in a young man with Nazi sympathies driving his car into a crowd, killing one young woman and injuring 19 people.

There’s been extensive national discussion about how to respond to this demonstration of extreme racial hatred.  One blog post that has “gone viral” was written by John Pavlovitz, youth pastor at North Raleigh Community Church in Raleigh, NC.  The title of the article is “Yes, This Is Racism” and includes Pastor Pavlovitz’ call for White Americans to stand up against racist behavior.

I happen to worry about the use of the term “racism” in this context, because I have often worried that when people equate “racism” with this kind of extreme hatred, it blocks the ability for the rest of us to have a more productive discussion about race.

There are multiple definitions and reactions to the word “racism.”  One technical definition does not focus only on individual, violent, KKK/Nazi-level hatred.  Racism focuses on the power structure which discriminates against racial-ethnic minorities in order to protect the interests of the dominant culture.  This can happen passively, like when White North Americans don’t recognize the special privilege they receive, or it can take many kinds of actions that are quiet or overt in protecting the status quo and those who benefit from it.

A racist society can persist if the problem is not acknowledged.  If racism is recognized only in its most extreme forms, then the systemic injustices are not dealt with.  George W. Bush called racism the original sin of the USA, because the stubborn stereotypes and Bible distortions that were used to justify slavery are quietly passed down, generation to generation.  Our society is so infected by our racist roots that children breathe in racist ideology before we can even guard against it.  So rather than focusing only on the extremes, I would prefer that we all recognize the brokenness of our world, and seek God’s help in challenging it. 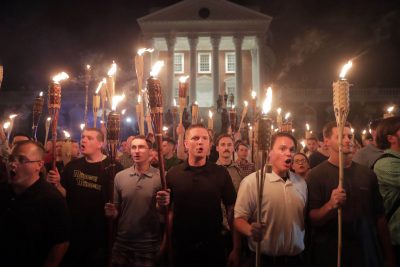 This doesn’t mean we excuse the hate-filled white supremacists.  I believe that increased violence comes when those who have traditionally benefitted from a discriminatory system now feel their privileged position is threatened.  Some of the Charlottesville chants such as “You will not replace us” and “Take America back” reflect the fear against a changing demographic in the United States.  I am reminded of the situation prior to the Exodus, when the Hebrew slaves managed to grow even while being oppressed by the Egyptian pharaoh, which led to resentment and murder.

So what do we do?  Flee to a promised land?  Accept the injustice as God’s will?  Pay back evil for evil?  We benefit from the example of leaders such as Martin Luther King, Jr., and Nelson Mandela, who followed Jesus’ model of acceptance, justice, and grace.  We know it won’t be easy, and the world may hate us for choosing the way of Christ.  But we Presbyterians have built into our Reformed tradition a deep understanding of the need for repentance, and God’s amazing power to forgive, heal, and empower us to do God’s saving will in the world.

May we have the courage to obey, and be channels of transforming peace.