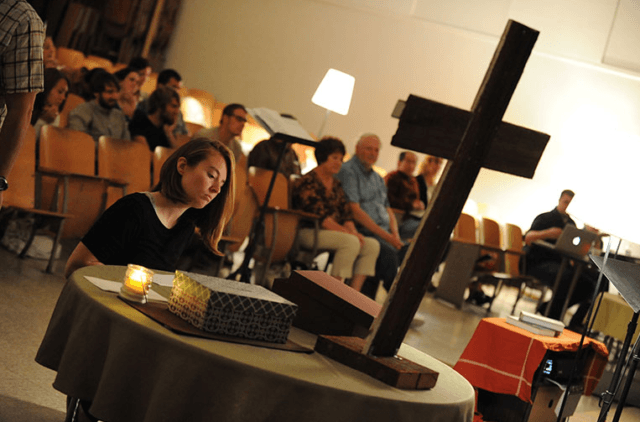 But speaking the truth in love, we must grow up in every way into him who is the head, into Christ, from whom the whole body, joined and knitted together by every ligament with which it is equipped, as each part is working properly, promotes the body’s growth in building itself up in love.

This last Saturday was our annual WinterFest training event, which continues to be the largest and most vibrant gathering of the presbytery each year. I give thanks to the Education Committee – chair Jennifer Ackerman, Sophia Alecci, Ally Lee, Pat Martinez-Miller, Deborah Owens, and staff Jake Kim – for their excellent planning and coordination for WinterFest.

This last Saturday we heard from Jake Mulder, director of the Fuller Youth Institute, who gave some encouraging data on ways that churches can connect with young people. Actually, some of what he shared sounded like advice that helps us connect with any group who are underrepresented in our churches-make the effort to reach out, don’t make assumptions that block you from real connections and care, make a commitment to Jesus and to neighbors and young people, and offer them respect and leadership opportunities. At least this is what I heard-for the real content, go to Fuller Institute.

For myself, I got some new perspective on San Gabriel Presbytery on Saturday.

Marking our 50th anniversary as a separate presbytery (we were formed when the Los Angeles Presbytery was split up on January 4, 1968), we shared with each other memories of the last 50 years, gifts and values we hold dear, and hopes for the future. We remembered those who passed into glory in 2017, including San Gabriel members Bob Linthicum, Don Berns, Deane Hendricks, and Gayle Beanland, as well as dear friends Ed Tanng, Art French, Hazel Harken, Gordon Douglass, and Art Edwards. Let us gather this weekend to celebrate the lives and ministries of Art French (Friday at 2 pm at Pasadena Presbyterian) and Hazel Harken (Saturday at 3:30 pm at Westminster Gardens).

We looked at who we are now, with the representation report for 2017, including the statistic that our presbytery leadership is 39% people of color-which is closer to our full membership than I had thought, so that’s good news. Our Justice Peacemaking and Mission Committee began to fulfill their two 2018 priorities (stewardship of Creation and immigrant justice and advocacy) by introducing the use of compostable supplies at meals, and presenting the General Assembly overture “On Responding to the Current Syria Crisis,” endorsed by our Claremont and Knox churches, to advocate for a ceasefire, reconciliation, care for the suffering of the Syrian people, and to deepen our relationships with Syrian Christians. Several of our churches are actively involved in connecting with Syrian churches and/or helping Syrian refugees, so the Presbytery decided, after some lunchtime discussion, to approve this overture.

And there was an incidental new look at our Presbytery, as we met for the first time at our new Presbytery Center in Temple City. It seems that Presbytery members were comfortable in their new home base, and enjoyed the hospitality of the shared ministry partners at the Center – Mideast Evangelical Church, who led the morning worship and offered breakfast (and whose gifted leaders supervised the renovation of the Sanctuary and installation of the video and sound system); Grace Taiwanese Presbyterian Church, who led the afternoon worship and helped with lunch; and Playfactory Preschool, who helped with registration and lunch (including making cookies!).

Thanks to Jennifer Ackerman, who planned a worship service that incorporated the languages of the Presbytery Center hosts (Arabic, Taiwanese, and English), as well as the other main languages of the Presbytery (Spanish and Korean). It was fun to sing in Taiwanese-and it occurred to me that Taiwanese may be the language that is spoken by more of our members, after English. Because of that, I was so happy that we could receive not only retired pastors Huw Christopher and Martin Miller-Hessel, but also our friend and Stated Clerk (and now transitional pastor for Westminster Temple City) Diane Frasher, AND the young and gifted Taiwanese pastor Yanchih “Yank” Lee, who will start at Shepherd of the Valley on April 1. Our offering went to help with the rebuilding of the Presbyterian Church in Joquicingo, Mexico, after it was destroyed in the 2017 earthquake. We received $850 on their behalf; if you would like to contribute please send in checks to the Presbytery by the end of this month. The offering was introduced by Margarita Reyes, who grew up in that area.

Finally, we have reason to hope for the future, as we see new and renewed leadership with Becca Bateman as Moderator of the Presbytery, Roberto Ramirez as Vice Moderator, and new leaders such as Education members Sophia Alecci and Ally Lee, and newly-elected Bong Bringas (Committee on Representation and Nominations), Karen Sapio (Vision and Strategy), Mark Carlson (Personnel), and Karen Berns, Tony Garcia and Frank Hsieh (CPM).

I thank God for this hopeful start to the new year, and pray that we continue to grow even closer as the body of Christ for San Gabriel Valley.

← Communion In Praise of ACs →